You are here: Home / Author / 20 Books That Changed Who I Am

There’s a Facebook challenge sweeping social media: name ten books that have affected you. Don’t give it much thought. Just list them. I took the challenge, and I failed. I found I could not simply list ten books. I had to say how I was affected, and why. I remembered books I loved, and I anguished over which to delete. In the end, I could not stop at ten. 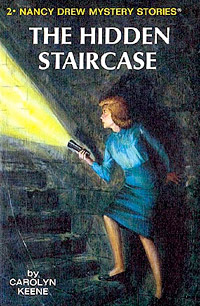 Nancy Drew Mysteries, Carolyn Keene: I read them all. All I could get my hands on. All they had in the library in the town where I grew up. Then I pestered the librarian to order more and let me know when they came in. What I learned from the series was that a girl not much older than I could be a detective. She could solve mysteries. She could do things I thought only boys could do. 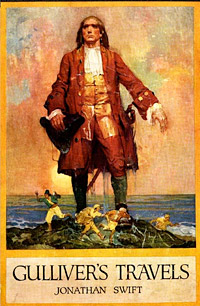 Gulliver’s Travels, Jonathan Swift: I found this book in a dresser drawer in my parents’ bedroom; it was one of the few books we had in our house. I didn’t realize it was a political satire. I only knew that a man was shipwrecked, and that he awoke on a tropical beach, tied up by tiny men, Lilliputians. There was a drawing of this giant man, lying in the sand, the Lilliputians using ladders to climb onto his chest. I imagined him straining against the ropes that held him, and the little men scurrying to reinforce the bonds they had attached to him. That picture, that book, that author, gave me leave to enter a world of pure imagination, and to reside there for a time. 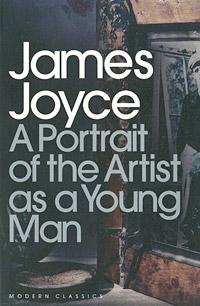 Portrait of an Artist as a Young Man, James Joyce: The author took thirty pages to describe hell, and they haunted me. Hell was what awaited you if you died in the state of mortal sin. The walls were four thousand miles thick, the damned packed so tightly they were not able to “remove from the eye a worm that gnaws it.” Bodies were heaped one upon another, corpses jellylike masses of corruption. All the filth, all the offal of the world ran to that place. The stench was unbearable. This book, Joyce’s thinly-veiled autobiography, led me to question the faith I’d been born into. I began to question other things about religion. Ultimately, I became an agnostic. 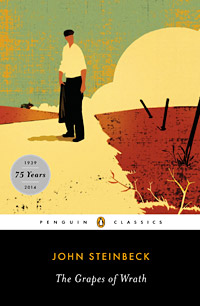 Grapes of Wrath, John Steinbeck: I knew nothing of the Dust Bowl, but I’d heard my parents and grandparents talk about how hard life was during the Depression. This book brought me face to face with how cruel we can be to one another, the terrible plight of the poor, the heartlessness of bankers, corporate landowners, and government officials.
My wariness of people and institutions that wield power over others lingers. 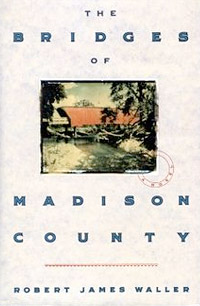 Bridges of Madison County, Robert James Waller: The prologue of this book tells of two adult children who visit the author. They bring with them a letter they’ve found among their dead mother’s personal effects. The letter leads to the revelation of a four-day affair between Francesco and a National Geographic photographer. Like 50 million others who bought this book, I was hooked. I loved reading of the middle-aged woman who risked everything for love, who threw herself so passionately into an affair that was doomed. Ultimately, the book ended tragically, but they’d had this love, and that stuck with me. 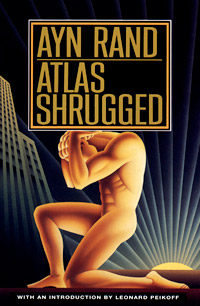 Atlas Shrugged, Ayn Rand: If Nancy Drew was a girl who could solve mysteries, Dagny Taggart was a woman who could run a railroad. I loved it when she fell in love with Hank Rearden. I disliked Hank’s mooching wife, Dagny’s weasel brother, the sleazy politicians who failed to recognize the value of the great industrialists. As with Gulliver’s Travels, I was oblivious to the politics inherent in the book. Later, when I read the book again, I saw things differently. Now I hated the cruelty, the selfishness, the betrayal of the working classes. It was all I could do to wade through all that “creators vs. parasites,” “producers vs. looters” rhetoric.

Child of God, Cormac McCarthy, which led me to other McCarthy books: The Orchard Keeper, Suttree, Blood Meridian. Then on to the totally different McCarthy who wrote All the Pretty Horses, Cities of the Plain, and the books that came after. But Child of God, set in the Smokey Mountains east of Knoxville, about a totally depraved man who has sex with women after he kills them—how could a writer, even one as enormously talented as Cormac McCarthy, have as his protagonist a man who is a necrophiliac? Throughout Lester Ballard’s descent into a world of isolation and perversity, McCarthy does not judge, nor does he assign blame. He tells us that Ballard is a child of God. And I can only ponder that. 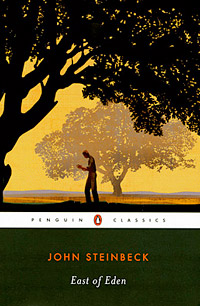 East of Eden: Another Steinbeck book. Wow. The biblical thing: Adam and Charles, Aron and Caleb, Adam and Cathy. Brothers consumed with hatred, envy, and the desire for vengeance. Couples who inflict unbearable pain on each other. It is a book that was panned for its flaws; could any character be as evil as Cathy/Kate? Who could understand, and accept, the philosophizing of the Chinese servant? What of Steinbeck’s penchant for switching from first person to omniscient author? How could he do that? But he could. He could do all of it. Because he was Steinbeck. 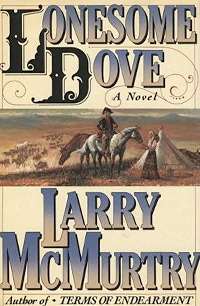 Lonesome Dove, Larry McMurtry: I still wonder about the episode near the beginning of the cattle drive when one of the characters on horseback rides into the river and is bitten by a swarm of brown snakes. His friends pull him from the water and remove his shirt. They count eight fang marks, one on his neck. He dies within minutes. McMurtry never tells us what happened to the horse. Was the horse bitten also? Did the horse die? I swore that if I ever met McMurtry, I would ask about the horse. It still bothers me: would the bite of a water moccasin kill a horse? How many bites would it take to kill a horse? 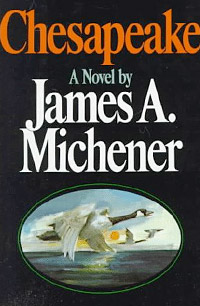 Chesapeake, James Mitchener: What are we doing to this great body of water? I still remember Mitchener’s descriptions of the different layers of water, how different species survive and thrive in different parts. Published in 1978, the book raised my consciousness about caring for our planet. 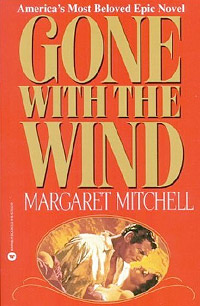 Gone with the Wind, Margaret Mitchell: Scarlett had three children, not one? Could love be like this, so passionate, so all-consuming? When Atlanta was burning and she was trying to get back to Tara, she dug radishes out of the ground, wiped away the dirt and ate them. She raised her fists to the heavens and swore that one day she would never be hungry again; was there ever a character that resonated so strongly with anyone who has been hungry, and mistreated, and vilified? 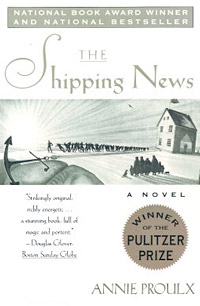 The Shipping News, Annie Proulx, and Postcards, and Heart Songs. I can’t stop with just one of the Proulx books. I have to mention at least these three. Cruelty, revenge, downright grittiness: is there a writer anywhere who can do it better than Annie Proulx? The terrible scene in the beginning of The Shipping News where the brother calls poor Quoyle ten different kinds of idiot: lardass, snotface, warthog, stinkbomb, farttub, greasebag. The aunt who defecates on the ashes of the man who sexually abused her when she was a child. The house built on skids and dragged onto a rocky, Newfoundland outcropping, there to be buffeted by arctic winds and ocean sprays. There is nothing that is not grist for this novelist. Thank you, Annie Proulx. 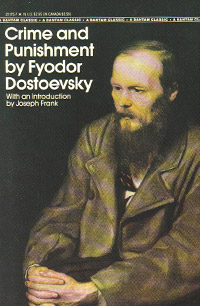 Crime and Punishment, Fyodor Dostoyevsky: In all of literature, I can’t imagine a more suspenseful scene than the one where Raskolnikov is in the room with the two women he has just bludgeoned to death, and someone knocks on the door, and turns the knob, and tries to open the door… I was on the Ashland City Highway listening to this section in my car, and night fell, and I found myself on a road where I’d never been before, with no idea of how I got there. Books can be that powerful.